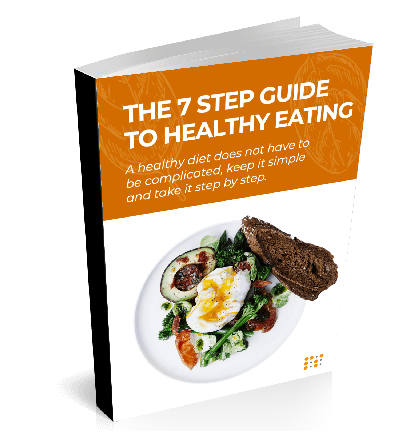 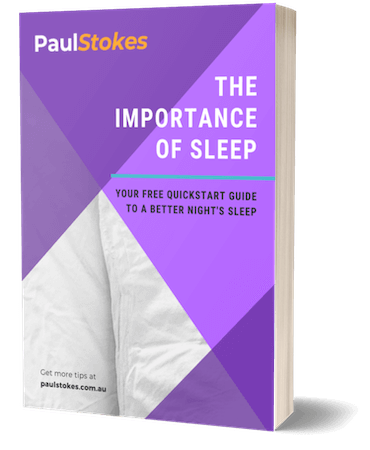 No pain, no gain is a well-worn statement within the fitness industry. But just how true is it? Is delayed onset muscle soreness the price you have to pay for getting fitter and stronger? Let's have a look at some smart ways around it...

We've all been there; its the morning after a particularly hard or radically different workout. You step out of bed and discover you feel as though you've been trampled by a herd of wild buffaloes.

​In this post, we'll look at:
​DOMS Blog Post Outline
What causes DOMS?
There's also another related theory of free radical damage.
What is eccentric muscle contraction?
How can we minimise DOMS?
Training strategies to be less sore after exercise
Warm-up to prevent DOMS
​Does stretching reduce DOMS?
Adaptation to and continuity with eccentric work
Continuity of training to avoid or minimise DOMS is also important.
Nutritional strategies in the fight against delayed onset muscle soreness
In summary, strategies to limit DOMS

Don't confuse DOMS with the temporary soreness or burning that happens during very intense exercise. For example, while sprinting or heavy weight training. This pain felt is normally a result of lactate accumulating in the muscles. You'll feel 'burning' in the working muscles and struggle to keep going. DOMS, on the other hand, is much more stealthy and the effects creep in more gradually.

With DOMS, you'll typically feel fine after training and for the rest of the day. However, it's during the following 24-48 hours that it tends to make its presence felt. 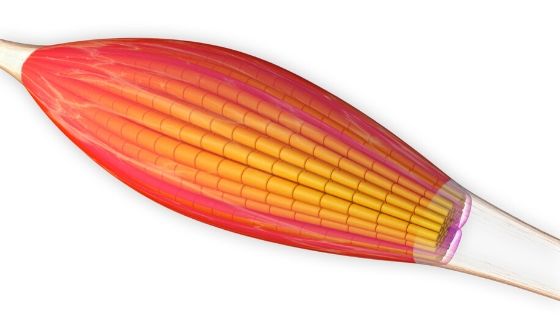 As well as muscle stiffness and tenderness, there may be slight swelling and a degree of pain. This pain ranges anything from a mild ache to severe discomfort.

Often muscles can be so sore, they're tender to the touch.

The timing of peak soreness almost always occurs between 24 and 72 hours after exercising. Additionally, this soreness can last for anything up to 10 days, fading gradually.

While suffering DOMS, performing the same or similar activities that can be particularly painful. As a result, DOMS may even prevent training altogether.

Although DOMS is very common and well-documented, we don't yet know the complete answer to this question.

We know that it's not related to lactate build-up in muscles during exercise. Lactic acid breaks down quickly after training. Certainly, levels return to normal within an hour or so. That being said, accumulating more lactate arguably means higher exercise intensity. As a result, higher exercise intensities are more likely to induce DOMS.

What we do know is that that there's a strong correlation between eccentric type exercise and DOMS. Eccentric muscle contraction is where muscles lengthen under load. More on this later. 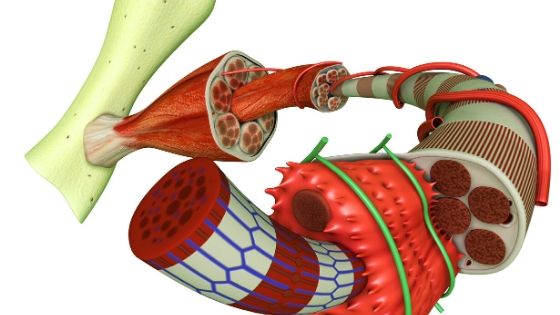 One theory is that these eccentric muscle contractions can damage the basic structure of the muscle cell. In particular, the cellular region known as the Z-disc.

It's suggested damaging these Z-discs leads to muscle breakdown. This, in turn, results in cellular inflammation and increased local muscle temperature. Pain receptors activate as a result, causing the DOMS sensation.

It's almost certain that the initiation of DOMS is caused by high-intensity exercise-induced muscle damage. However, we know that the process of inflammation in muscle cells is mediated by free radicals.

Free radicals can cause havoc in cells by causing random molecular damage. That being said, your body can harness their power constructively to break down damaged tissue.

However, harnessing free radicals in this way is something of a double-edged sword.

Yes, they help get the job done. Even so, unless the body's antioxidant defence systems are functioning well, these free radicals can act like a rioting mob. Hooligans who may inflict a lot of 'collateral damage' on neighbouring tissues. The net result is the degree of inflammation may be unnecessarily higher.

In short, the pain associated with DOMS may be significantly worse when your antioxidant status is poor.

What is eccentric muscle contraction?

Muscle contractions can either be concentric or eccentric. 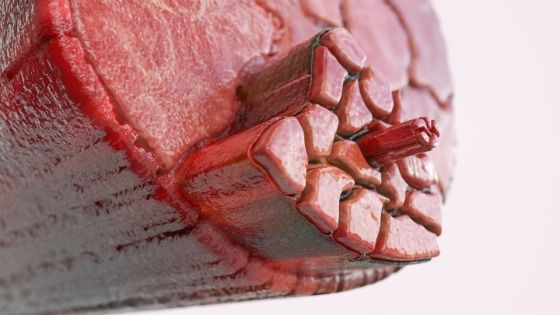 In a concentric contraction, the muscle fibres shorten as force is exerted. For example, during a biceps curl, the biceps fibres contract concentrically and shorten as the hand moves up to the shoulder. The muscles shorten under load.

However, in an eccentric contraction (the type associated with DOMS), the muscle filaments slide over one another in the opposite direction. The fibres lengthen under load. In the example above the biceps contract eccentrically and lengthen as the hand slowly lowers away from the shoulder back to its starting point.

How can we minimise DOMS?

If DOMS is an unavoidable side-effect of intense exercise, the obvious question to ask is whether any strategies can help minimise it?

Apart from the pain and discomfort it causes, a severe bout of DOMS can scupper your training for a week or more. Not what you want when you're trying to push your fitness gains.

Training strategies to be less sore after exercise 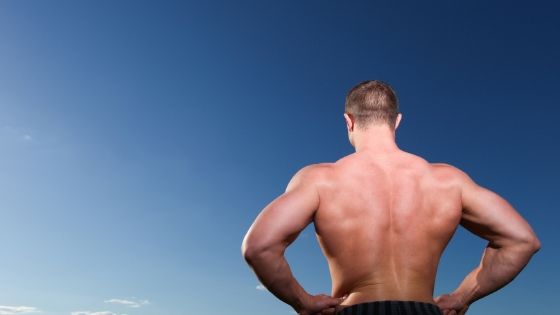 While it can't prevent it, a thorough warm-up involving concentric activity may better prepare the muscles for the stress caused by eccentric type exercise that follows. Therefore, it can reduce the severity of DOMS.

For example, 10 minutes of steady cycling (a concentric-type exercise) performed before a run will increase muscle temperature. This, in turn, reduces muscle and connective tissue viscosity, leading to increased muscle elasticity. Your muscle tissue is more resistant to tearing during eccentric work. That is to say, you'll experience less damage and inflammation.

Stretching after exercise is a popular practice among many sportsmen arid women in the belief that it will help to reduce post-exercise muscle soreness.

The problem is that there's very little evidence that it provides any benefit. Studies into the effect of stretching on DOMS conclude that there are no significant benefits.

The fact remains - it's still important to stretch after each workout. You'll help maintain, and even improve, your range of motion and efficiency. It just won't have an effect on how sore you may feel in the next couple of days. More strategies to assist with training and recovery are discussed in this blog post. Adaptation to and continuity with eccentric work

When it comes to training, gradual progression seems to be the name of DOMS avoiding game. Especially where eccentric muscle contractions play a major role in your chosen activity.

For example, if you're a new runner, you shouldn't bash out a course that involves lots of downhill running. At least you shouldn't attempt to run it quickly.

Downhill running involves a more pronounced eccentric contraction of the quadriceps. They perform a braking action to steady your descent.

Likewise, faster-paced running requires more lift from the ground. This, in turn, requires more of an eccentric contraction with each foot-strike.

Continuity of training to avoid or minimise DOMS is also important.

Several studies demonstrate that repeated bouts of eccentric exercise reduce DOMS and muscle damage. The result is a faster recovery of strength and range of movement. So for example, if you experience intense soreness after a weight training workout, repeating that workout one or more times within the next 5 or 6 weeks will soon produce little or no DOMS.

"If you're training hard, or returning to training after a break, it's likely you will suffer from DOMS"

It can be argued though, repeating the same workout doesn't provide sufficient intensity to produce DOMS. Hypertrophy and overcompensation ensure your body gets stronger over time.

Nutritional strategies in the fight against delayed onset muscle soreness

As we mentioned earlier, the process of inflammation plays a major role in the onset and ultimate severity of DOMS. Free radical activity partly mediates this inflammation process. That being the case, it's natural to ask whether reducing free radical activity in the body reduces DOMS?

Our bodies have built-in antioxidant protection systems to control free radical activity. We know extra antioxidant nutrients such as vitamins A, C and E and the mineral selenium can enhance this protection.

Moreover, research suggests that foods rich in antioxidant phytochemicals can also greatly boost protection. That is to say brightly coloured fruits and vegetables. Examples of such studies include the following:

All in all then. the evidence seems persuasive; diets rich in high-antioxidant fruits and vegetables may play a valuable role when performing vigorous exercise. This is especially true for eccentric-type contractions. They help reduce excess muscle damage, which in tum reduces the severity of subsequent DOMS. 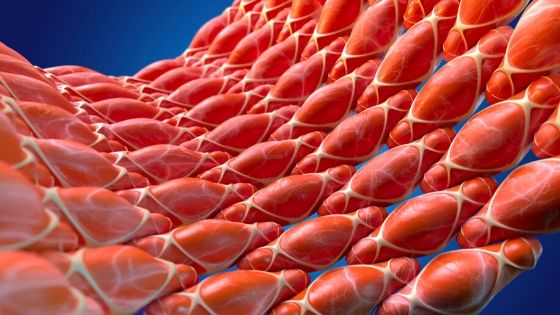 In summary, strategies to limit DOMS

If you're training hard or returning to training after a layoff, it's likely you will suffer from delayed onset muscle soreness. However, you can minimise the frequency of severity of DOMS episodes by remembering the following: